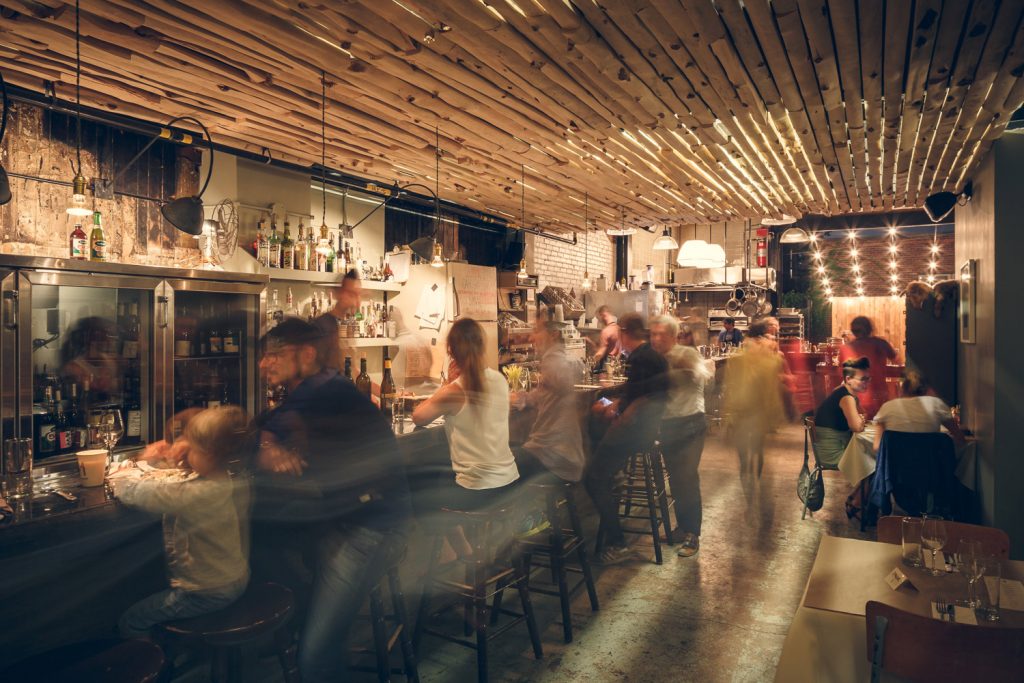 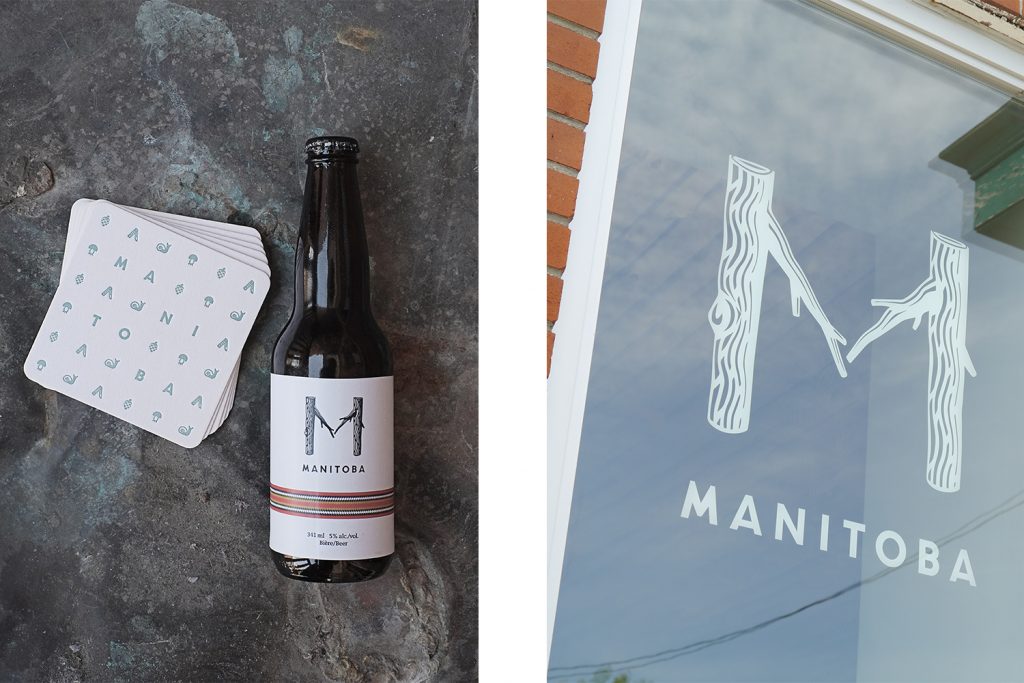 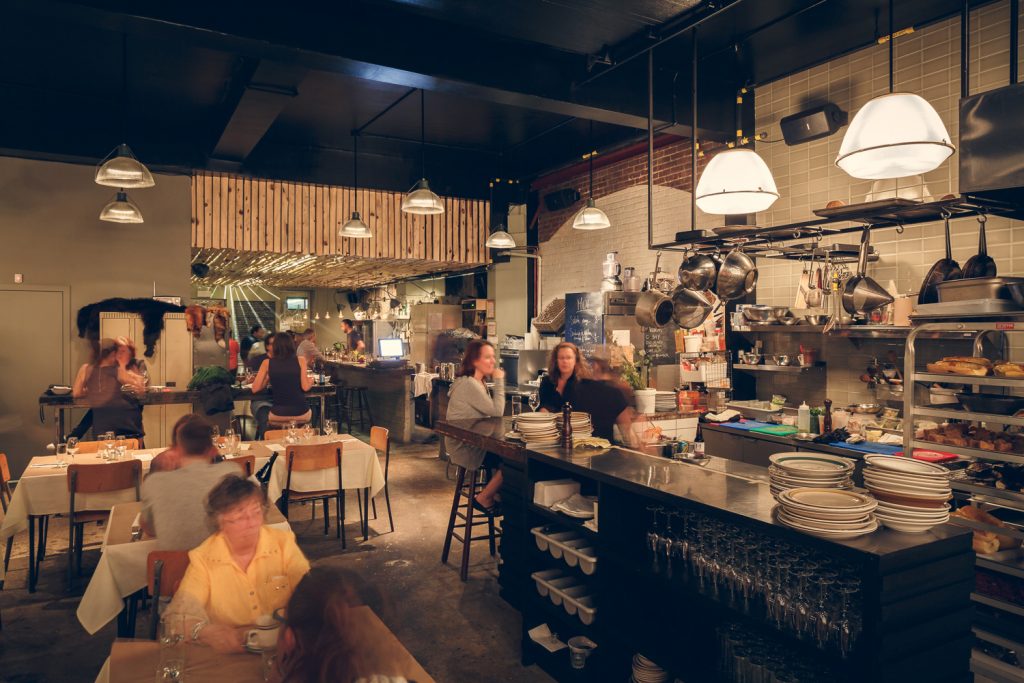 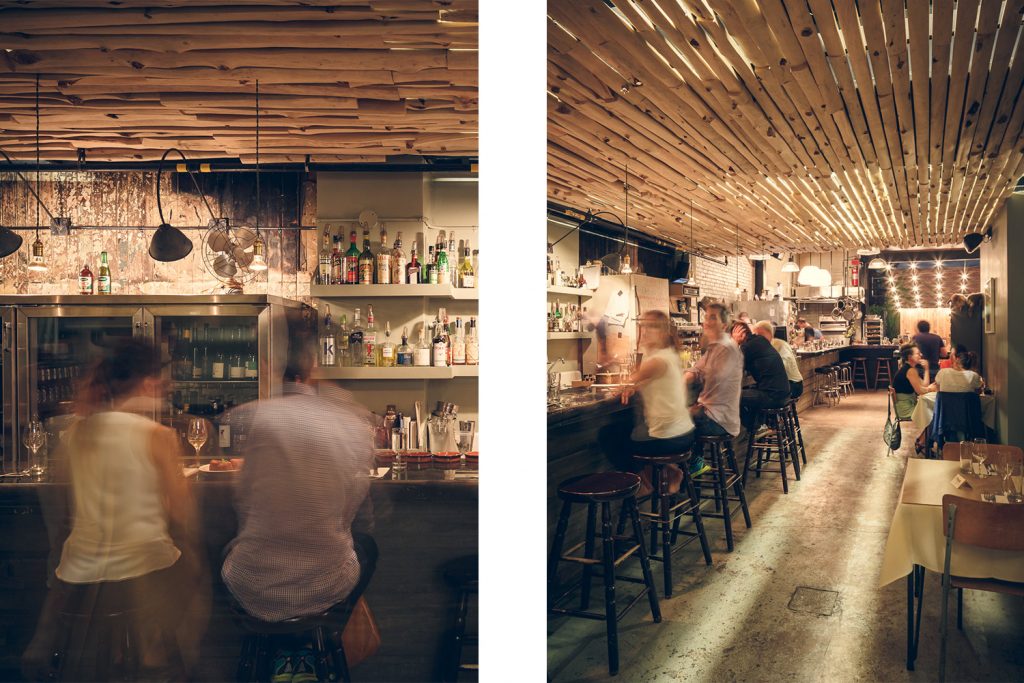 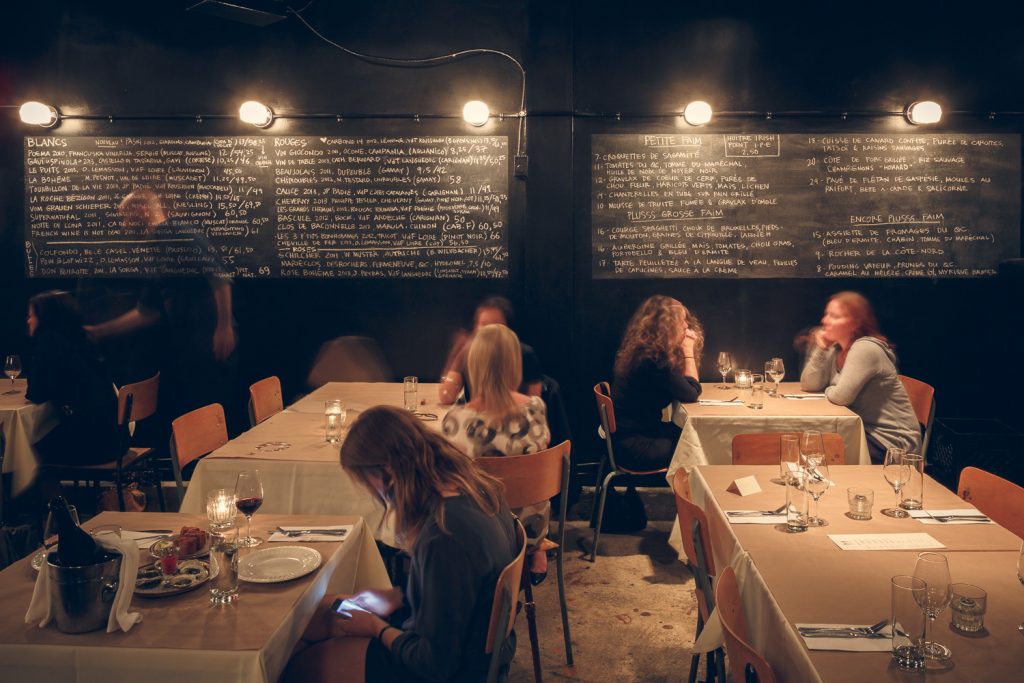 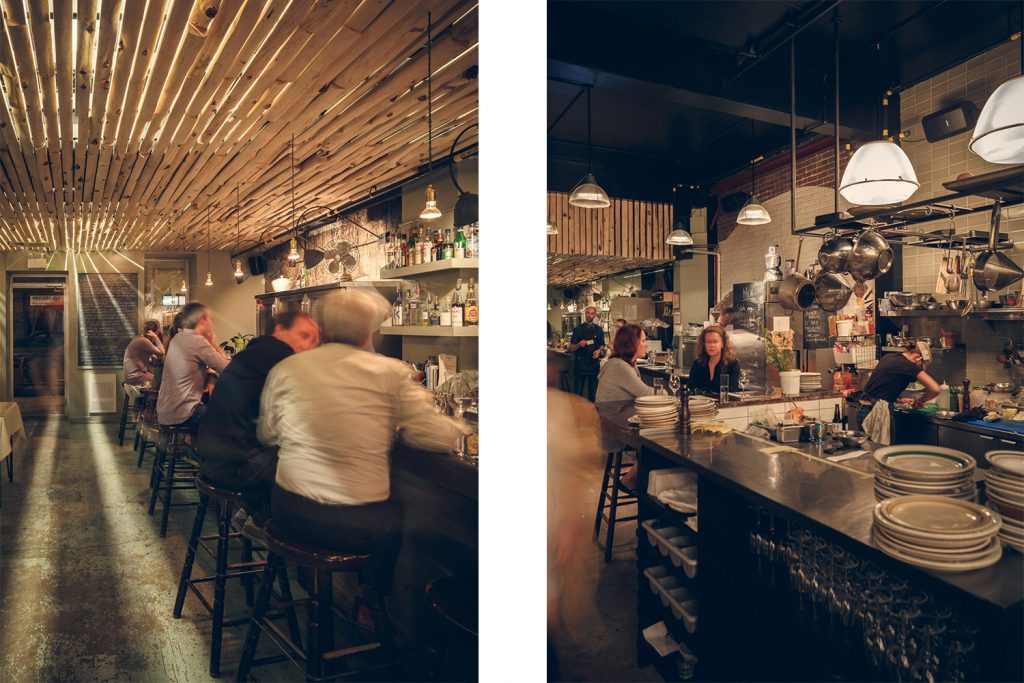 MANITOBA
WILD IN THE CITY
The concept for the Manitoba, a restaurant located in the Mile-Ex, called for a special design favored by the space in which it is established. The challenge here was to conjure up the forest and wildlife while maintaining a decidedly urban lifestyle. For the owners, there was no question of falling into obvious visual references or rustic elements. It was decided to work with the actual materials found in this warehouse: concrete, steel and custom-made sinks. The wooden components would be used to evoke the forest.

The bar had to embody the conjunction between the city and the forest. The counter is an assembly of “pièce-sur-pièce” beams which were often found in ancient houses. The bar structure – in concrete just as the floor – brings a monolithic look to the ensemble.

BENEATH THE CANOPY
However, with its lowered and airy structure of white cedar slab cuts (sawmill waste) from which light streams out, the ceiling represents undoubtedly Manitoba’s main signature. Anyone who walks into the restaurant is greeted by a unique lighting that sprinkles here and there like in a forest canopy. 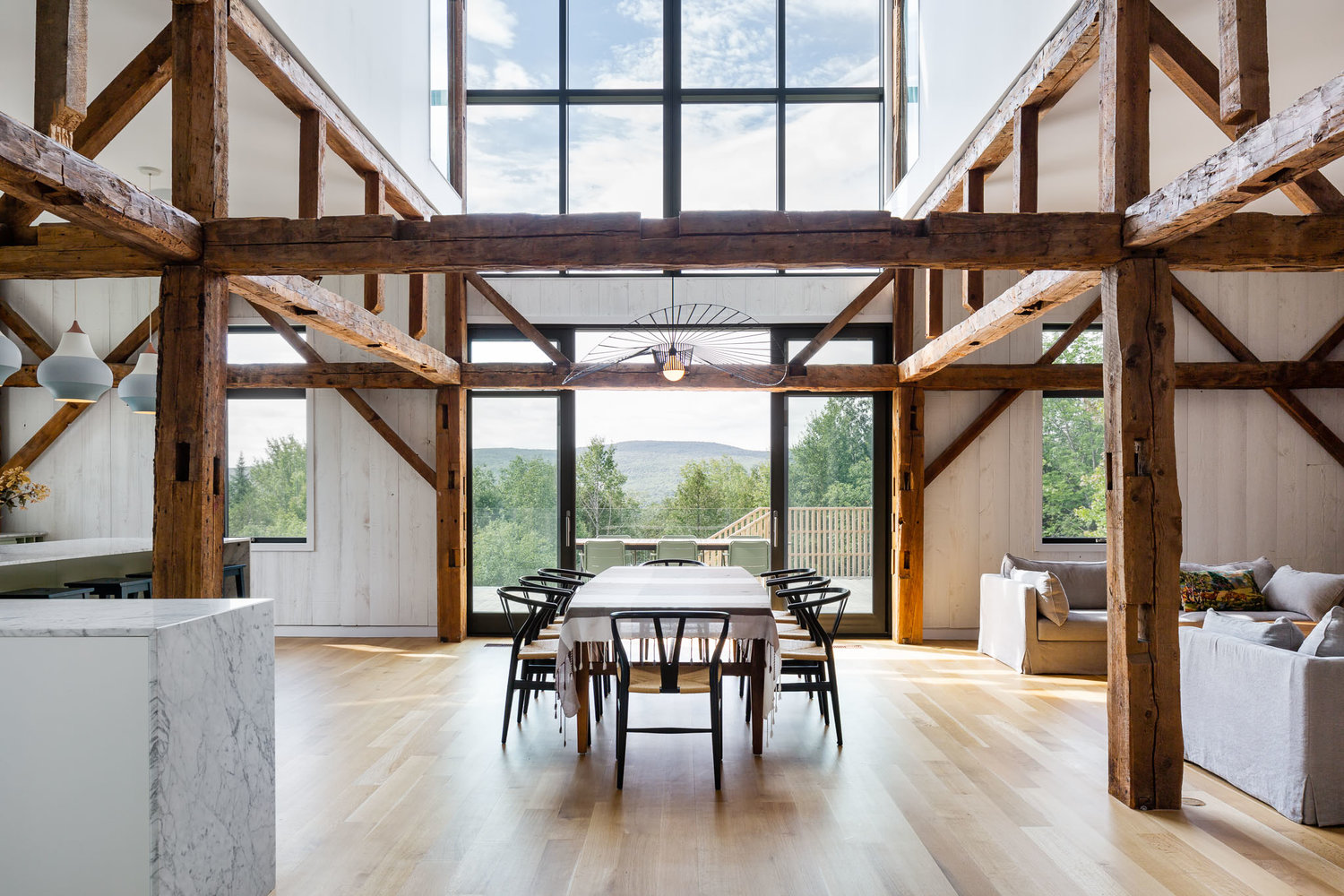 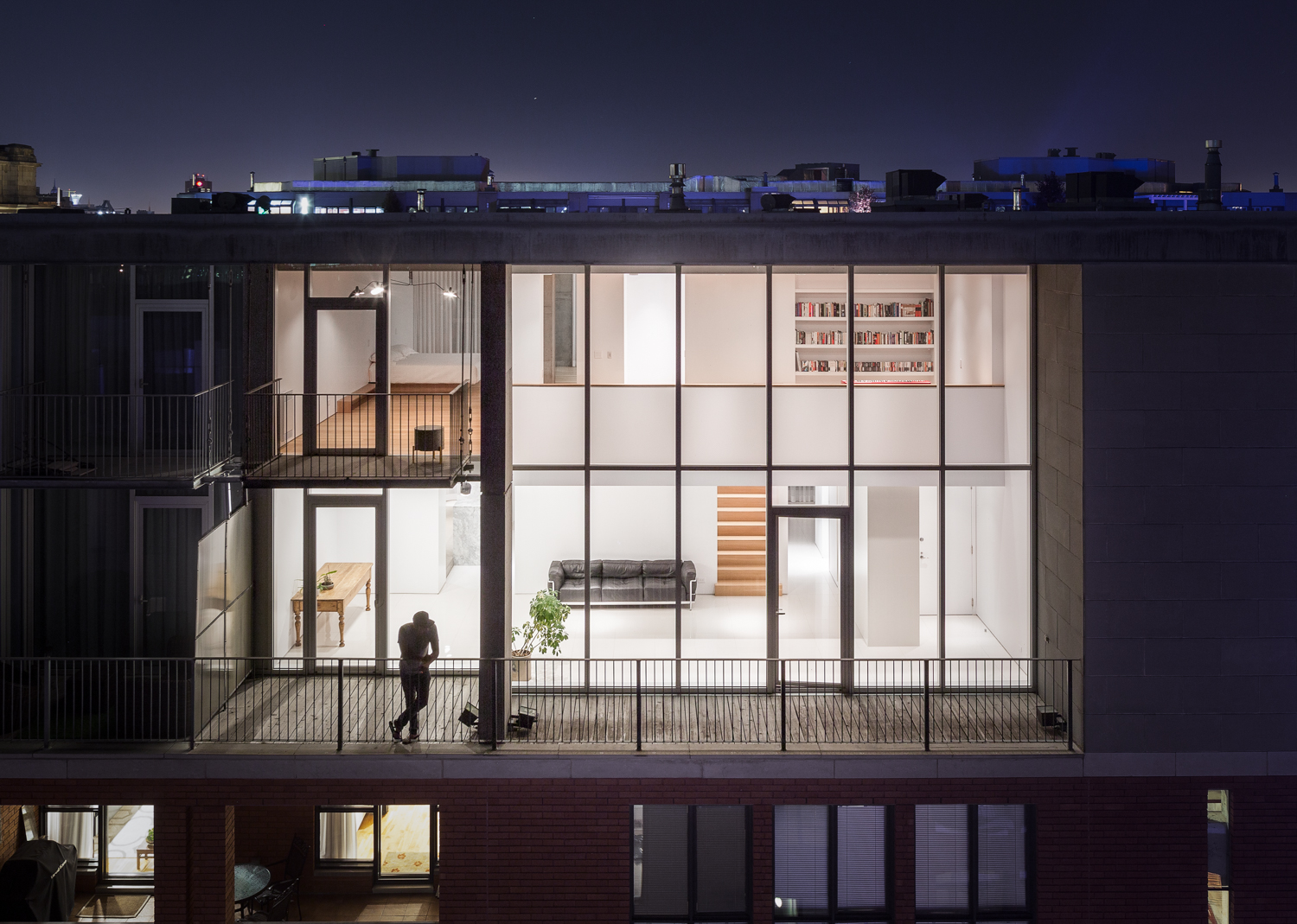